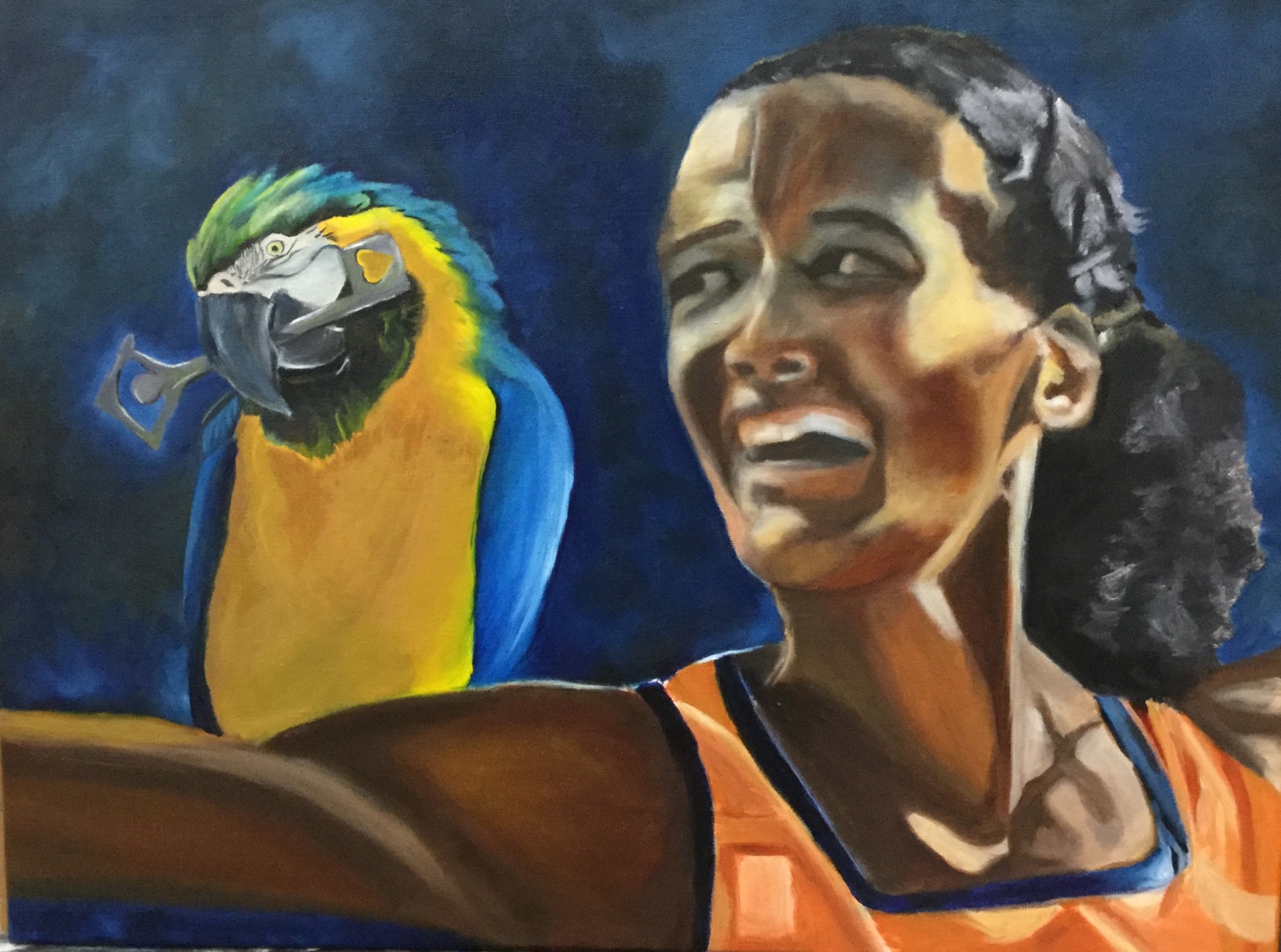 60 x 80 x 4 cm, © 2020, prijs op aanvraag
Tweedimensionaal | Schilderkunst | Acryl | Op doek
I finished this painting today This is also a painting in the series power women
I painted Shifan Hassan.  She was sent to the Netherlands by her mother at the age of 15.  In the AZC she stood out because she could run so well that has her.  For example, she became European champion in the 1500 m in 2014, European indoor champion in 2015 and world indoor champion in 2016.  In 2015 she also won the European cross country title and in 2018 the European title in the 5000 m. Her participation in the 2016 Olympics did not earn her a medal.  The oil painting is 60x 80 cm.
Shifan has lived in the athletics village in Arnhem, so I depicted the key of the village in the parrot's beak.
I mainly wanted to show the shining character and perseverance of Shofan through the light contrasts.  The parrot is a symbol for flying over the situation, self-reflection and what Shifan would think of the situation if she looks back on it #oilpainting #oilart #kunst #art #artist #toverwoudcreatief #artwork #arte #modernart #inspiration #kunstwerk #artgallery #design  #creative   #expression #portrait #mariëlle #expressionisme #mariellevanwoudenberg #communicatialisme